Are you looking for a comprehensive guide to AGM batteries? You’ve arrived at the correct location! We’ll answer some of the most frequent questions about AGM batteries in this post. We’ll offer tips on how to tell if your battery is an AGM battery, as well as discuss the advantages of doing so. This article is for everyone, whether you’re considering switching to AGM batteries or just want to learn more about them.

AGM batteries belong to the family of lead-acid batteries. These batteries have been in use for over a hundred years, and they are one of the most widely used battery types in automobiles and vehicles. The acronym AGM stands for “Absorbed Glass Mat.” Reasoning behind this term is pretty simple and it lies in the construction. In AGM batteries positive/negative lead plates are separated by a special glass mat. This mat works as a safety mechanism by absorbing the electrolyte. 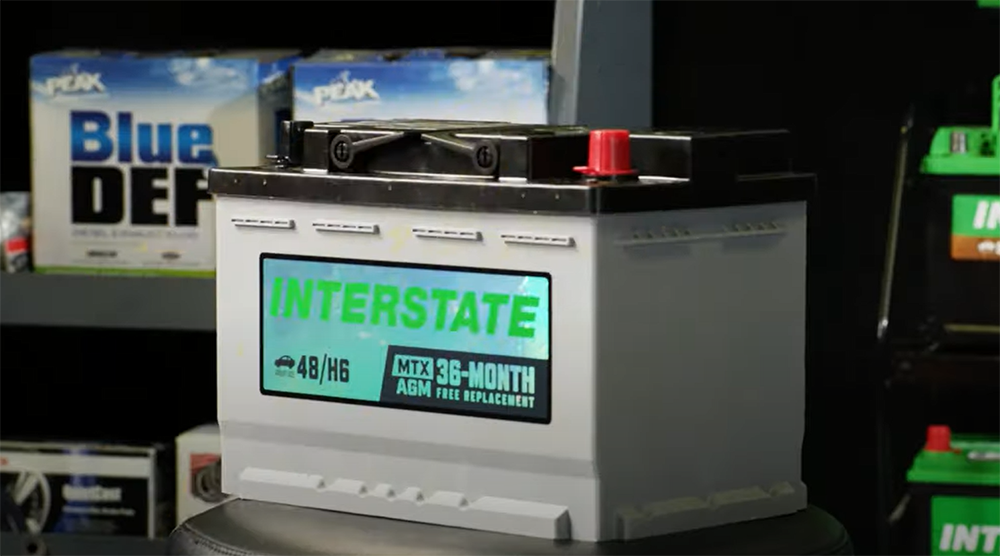 AGM batteries are much safer than wet cell ones because they do not leak electrolyte. This makes them perfect for use in places where there’s a risk of flooding or accidental spills, such as RVs and boats! They’re also incredibly easy to maintain – you won’t need to constantly water them to ensure they won’t dry out. [1], [2]

AGM batteries are frequently utilized in high-end automobiles and in applications where uninterrupted power is required. They’re also used in places where vibration or spillage may be a problem, such as ATVs, golf carts, and boats.

AGM batteries employ a series of lead plates that are covered in an absorbent glass mat to generate electricity. The mat then soaks up the electrolyte, and this is what provides power to the battery. The big advantage of this battery type is that it can be mounted in any position, even upside down, and it will still work effectively. [2], [3], [4]

Although both AGM and flooded batteries belong to a big family of lead acid batteries, there are some major differences between them.

Despite their age, lead-acid batteries are still one of the most common battery types used in vehicles even today. There are many variations of these batteries: flooded lead acid, which has water inside it; gel based on calcium magnesium crystals that store energy better than other compounds but must be used close to 100% acquaintance with plates before they become active enough load capacity as well AGM (absorbed glass mat). In this article however, we will only compare AGM and flooded batteries.

AGM batteries are a newer kind of lead acid battery that has plenty of advantages on its own. 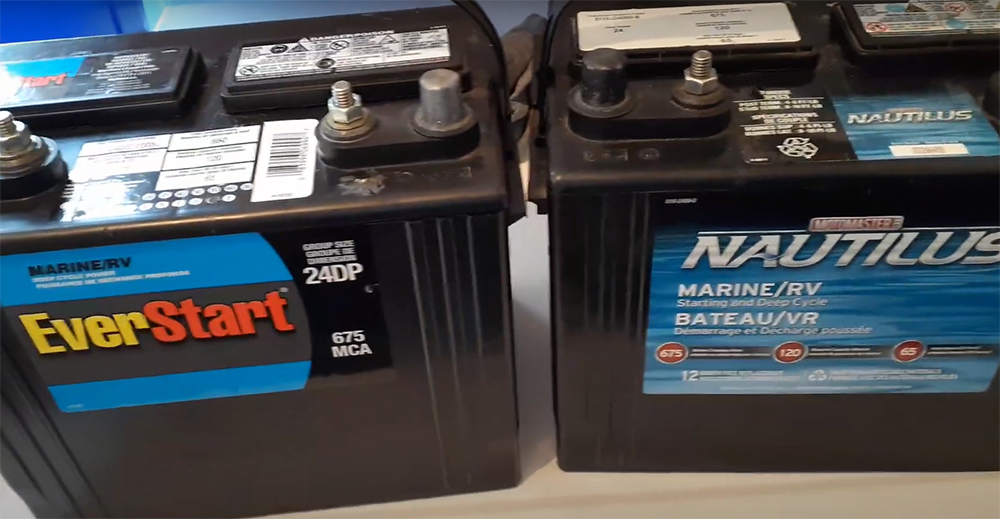 This is the main reason as to why AGM batteries have a better vibration and shock resistance than flooded batteries. It also makes them less likely to leak, which makes them safer to use in enclosed spaces like RVs and boats.

Let’s take a look at some more differences between these batteries. [5]

One of the most obvious differences between AGM and flooded batteries is their price. AGM usually typically cost more than their counterpart, but they also have a number of advantages that make them worth the extra cost. Flooded batteries on other hand are much cheaper than that despite having no less demand.

One of the main benefits of AGM batteries is that they require little to no maintenance, while lead acid batteries need regular check-ups and watering to prevent them from drying out.

This is one of the main reasons why AGM batteries are usually used in situations where the device or vehicle will be left unattended for long periods of time, such as in emergency power systems.

Lead acid batteries are not safe to use in confined spaces because they produce a small amount of hydrogen gas when charging, which can be explosive. However with AGM batteries this is not an issue since there’s no production or accumulation of the harmful chemical element.

Lead-acid batteries have a high internal resistance which makes them slower at charging. AGM, or acid gel mylar as they are more commonly known, can charge much faster because it doesn’t have this problem and will often be done within half of the time it takes for another type of battery. 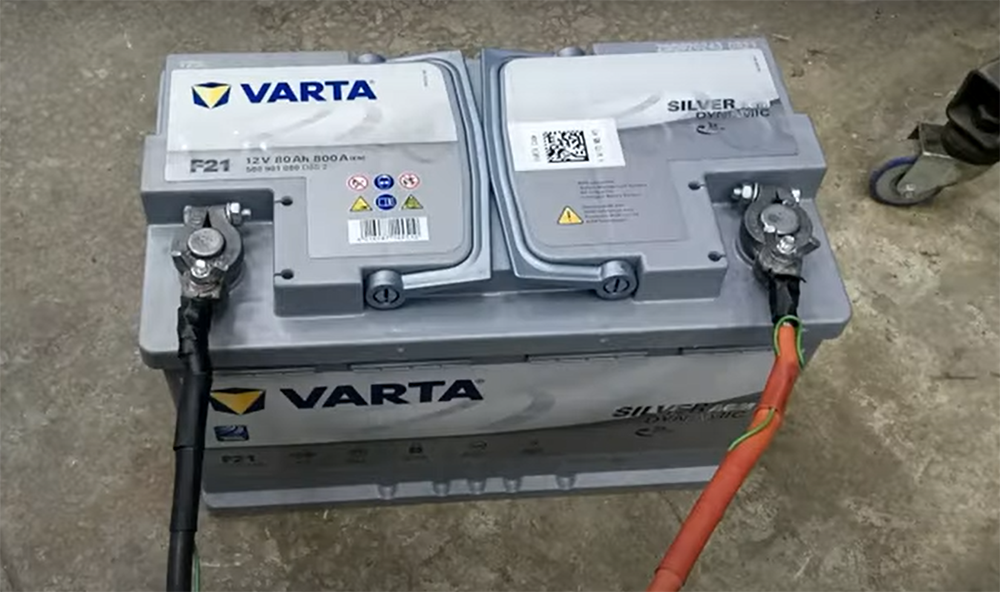 The advantages of using an AGM battery are many, but there is one major drawback. These types of cells can be more easily damaged by overcharge than flooded lead-acid batteries and need to have their charge monitored closely when being charged.

Other advantages of AGM batteries include:

How to Check if Your Battery is AGM?

If you’re not sure whether your battery is AGM or not, there are a few ways to check. Let’s go over them!

The first way is to check the battery labels. This should be easy enough to do. Once you’ve located the label, look for key phrases like “AGM” or sometimes “Absorbed Glass Mat” If you see either of these phrases, then the doubts should be cleared.

If there’s no AGM label, that doesn’t necessarily mean that your battery isn’t one. Some manufacturers simply don’t include those terms on the label. In that case, move on to the next method.

Check the design of top of the battery

One last way to check the type of your battery is to give it a little shake. If you hear sloshing around inside, then it’s not AGM but a flooded battery. Instead, you should aim to hear a wiggling sound. This is due to the glass mat separator that is used in AGM batteries. This method isn’t foolproof, but it can give you a pretty good idea. Be sure to always wear protective goggles and gloves before proceeding to shake the battery as the acid can be hazardous if spilled. Finally, you can always consult your owner’s manual or contact the manufacturer directly. [2], [6], [7]

Can AGM Batteries Be Replaced?

In most cases, it is possible to replace your AGM battery if the old one is not working correctly. However there are certain things you should keep in mind before getting started! 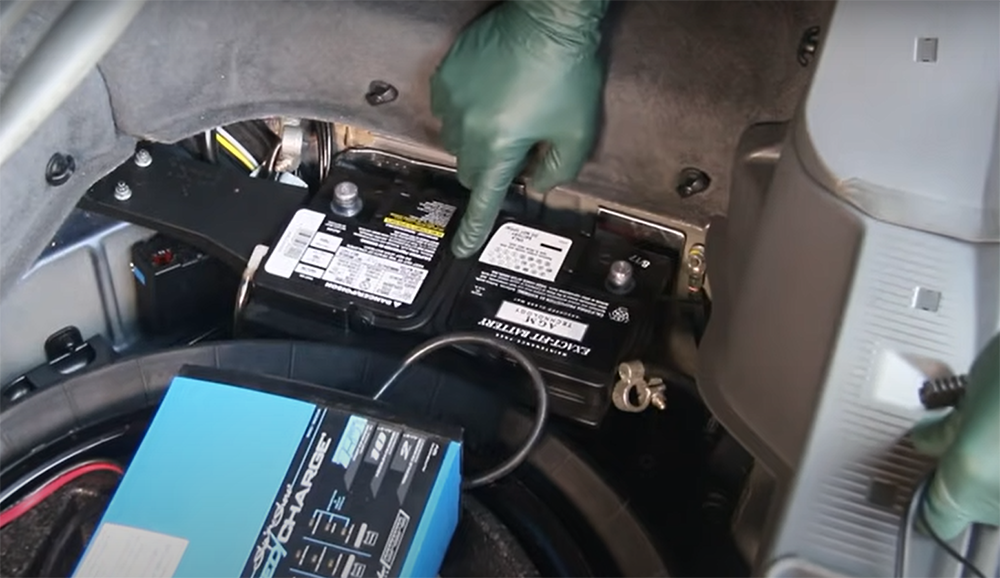 AGM batteries are meant to endure longer than typical lead-acid batteries, so if yours needs replacing, get a high-quality one to ensure it will last as long, if not longer. In addition, the replacement process is a little more involved than simply swapping out the old battery for a new one.

Once you’ve found a suitable replacement battery, you will need to follow the instructions that come with it and install it in your car or machinery. If you’re not comfortable doing this yourself, then you can always take it to a professional mechanic or technician. [2], [8]

AGM batteries can be recycled, but it’s important to check with your local recycling center first to see if they accept them. AGM batteries contain lead and other toxic chemicals, so they must be disposed of properly.

If your local recycling center does not accept AGM batteries, you can contact a battery recycling company. Some companies will pick up the batteries from your home or business, while others require that you ship the batteries to their facility.

When recycling AGM batteries, it’s a must to follow the instructions provided by the recycling company. Most companies require that the batteries are shipped in a special container with specific labels. Shipping the batteries in an improper container could result in a fire or explosion. [1]

The best way to ensure your battery charges quickly and safely is by using a high-quality charger designed specifically for AGM batteries. Many chargers on the market today are not capable of properly charging AGM batteries, and improper charging can lead to reduced battery life and performance.

It is also important to monitor the voltage of the battery during the charging process. In general, AGM batteries should be charged to a voltage of around 14.6 or 14.8 volts. Charging the battery to a higher voltage can damage the battery and reduce its life. [1], [9], [11]

While maintaining AGM batteries is fairly easy, there are still a few things to keep in mind.

One of the most important things to keep in mind when it comes to AGM batteries is that you must never discharge them below 50%. This will reduce the lifespan of your battery. If you do need to discharge the battery, be sure to recharge it as soon as possible.

Charge the battery fully before leaving it unused

AGM batteries should be charged to 100% before being left unused for extended periods of time. This will help prevent sulfation, which can damage the battery and shorten its lifespan.

If you do not plan on using your battery for a long period of time, it is best to store it in a cool, dry place. AGM batteries should also be stored in a well-ventilated area to prevent explosive gasses from building up inside the battery. [10]

Can I replace the AGM battery with a standard lead battery?

How do I know what type of battery I have?

How can you tell the difference between AGM and gel batteries?

Useful Video: What Is the Depth of Discharge for My AGM Battery?

AGM batteries are a popular type of battery used in vehicles and deep cycle applications. They are low-maintenance and can last for years if properly cared for.

If you’re not sure if your battery is AGM, there are a few ways to check. The easiest way is to look for labels on the battery itself. The label will either say “AGM” or have an icon that looks like a lightning bolt. You can also check the top of the battery – AGM batteries typically have two nipples on the top. Finally, you can shake the battery – if you feel a slight wiggle, you have an AGM. So if it feels especially heavy for its size, it’s probably an AGM battery. Hopefully this article has helped you to clear up your confusion! 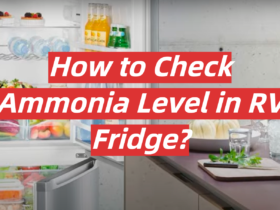 How to Check Ammonia Level in RV Fridge? 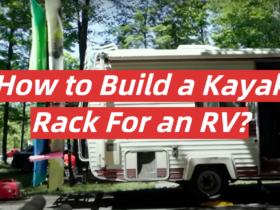 How to Build a Kayak Rack For an RV? 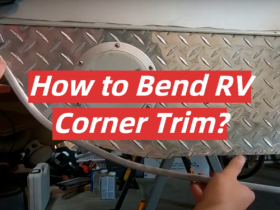 How to Bend RV Corner Trim? 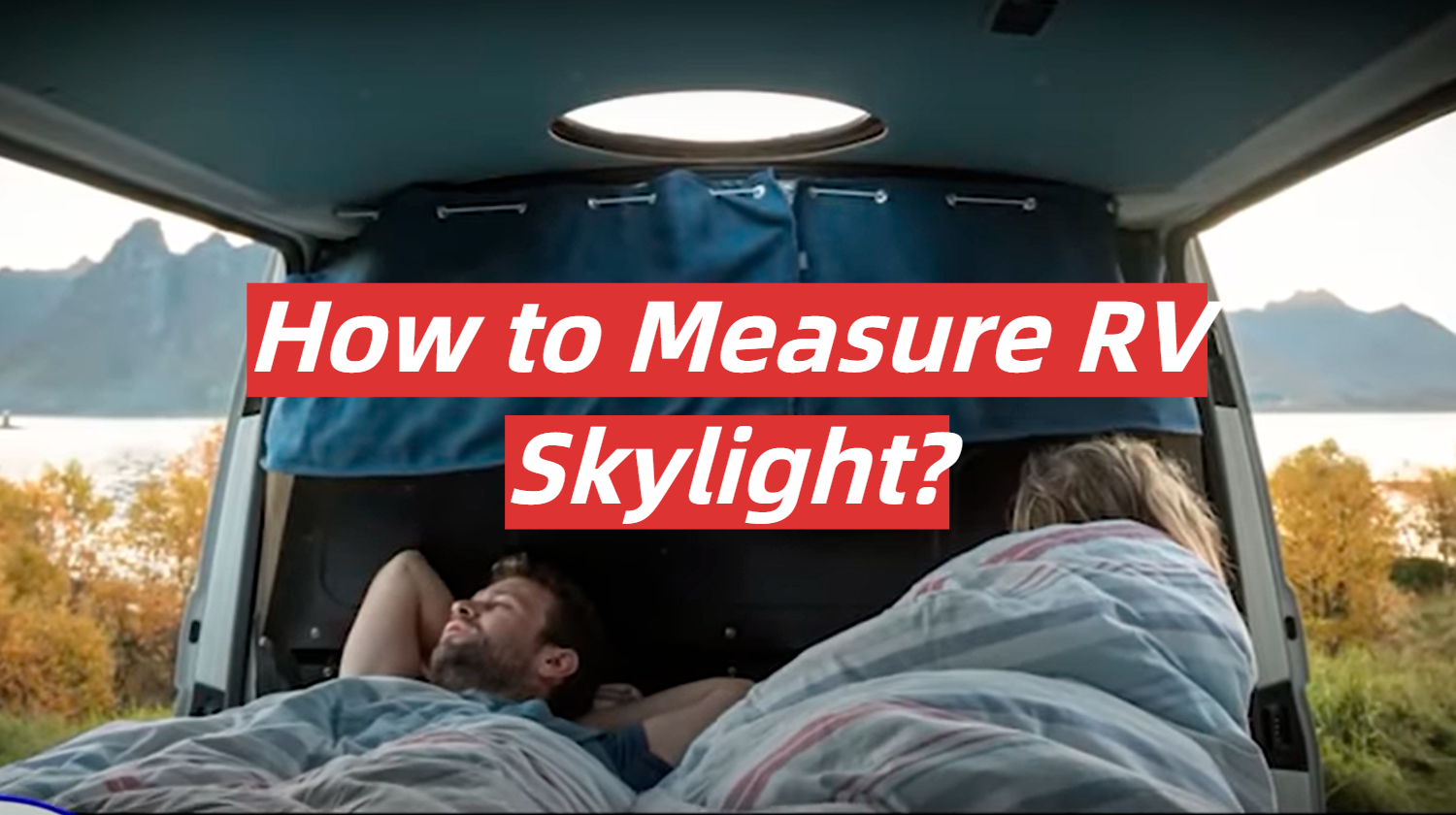 How to Measure RV Skylight?