Do you know how much electricity an RV uses in one month? It’s true that many people who live full-time in their RVs are energy conscious, but there are still plenty of other things to consider. One common misconception is the size of the battery bank needed for powering appliances, lights and electronics when boondocking (parking without hookups). This article will help you understand how much power your RV consumes on average so you can better estimate your monthly usage.

What are the electrical requirements of an RV?

Electrical requirements for an RV are very similar to what you would use in a house. Most RVs have lights, fans, water heaters, microwaves and other appliances which all require electricity.

Electrical power is measured in amps/volts – if your camper or motorhome has two 100 watt light bulbs on at the same time it will be drawing 200 watts of electrical power from your battery system. The voltage required for most recreational vehicles is 12 volts DC while some buses may run off 24V systems instead. 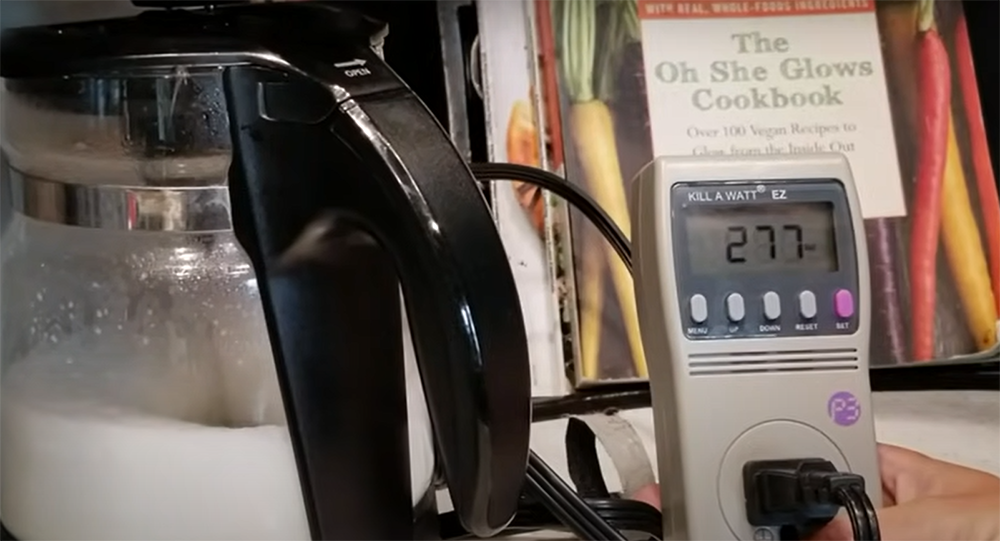 The average RV requires about 30 amps of power per hour when plugged into a standard 110V outlet. This is equal to around 330 watts/hour or 3300 watts every ten hours if the RV generator isn’t available. An AC refrigerator will typically use between 60 and 100 amps/hours depending on its size, while an RV air conditioner may draw as much as 400 – 500 amps/hours.

For example, if you have a 30 AMP draw from AC appliances and a 100 AMP Draw from your battery bank/inverter system then it would be good to plan for at least 150 – 200AMP hours capacity. Most RVs will come equipped with either single or dual batteries that are rated in amp-hours (AH).

The number of batteries your RV requires will be directly related to the amount of power you think you’ll need. The more appliances that are plugged in, the more battery capacity required.

An inverter system allows you to run household appliances from your battery power but these systems can be expensive and require proper installation by qualified professionals. If this is beyond what you’re capable of doing try using 12VDC appliances instead which are designed for RVs such as DC fridges, lights and other electronics that don’t need high wattage ratings. 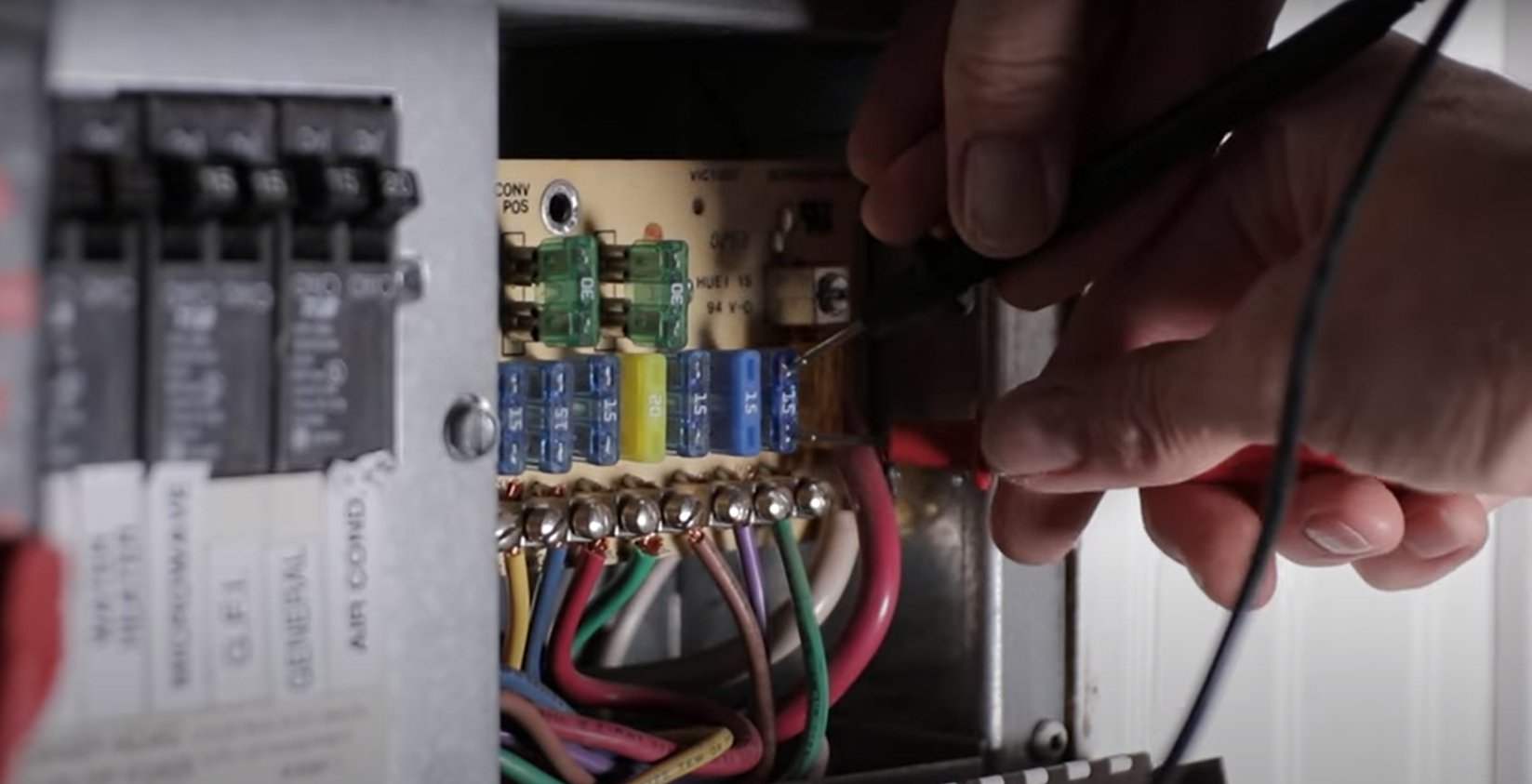 An alternative to using an inverter system is installing solar panels which can recharge your batteries and power these appliances. Solar power isn’t usually efficient at powering high-wattage items such as air conditioners or microwaves but it can be used for 12VDC applications like lights, fans and other electronics.

You’ll also need to check the battery of your RV on a regular basis – if you’re constantly draining it then you may have trouble starting up your vehicle in the morning without hooking it up to another device that’s providing power (i.e.: generator). It’s important not to drain the battery too low since this will damage its cells over time.

What is the average rate of electricity consumption by an RV?

It really depends. If you have a lot of appliances, you could be using up to 100-150 amps in an hour. 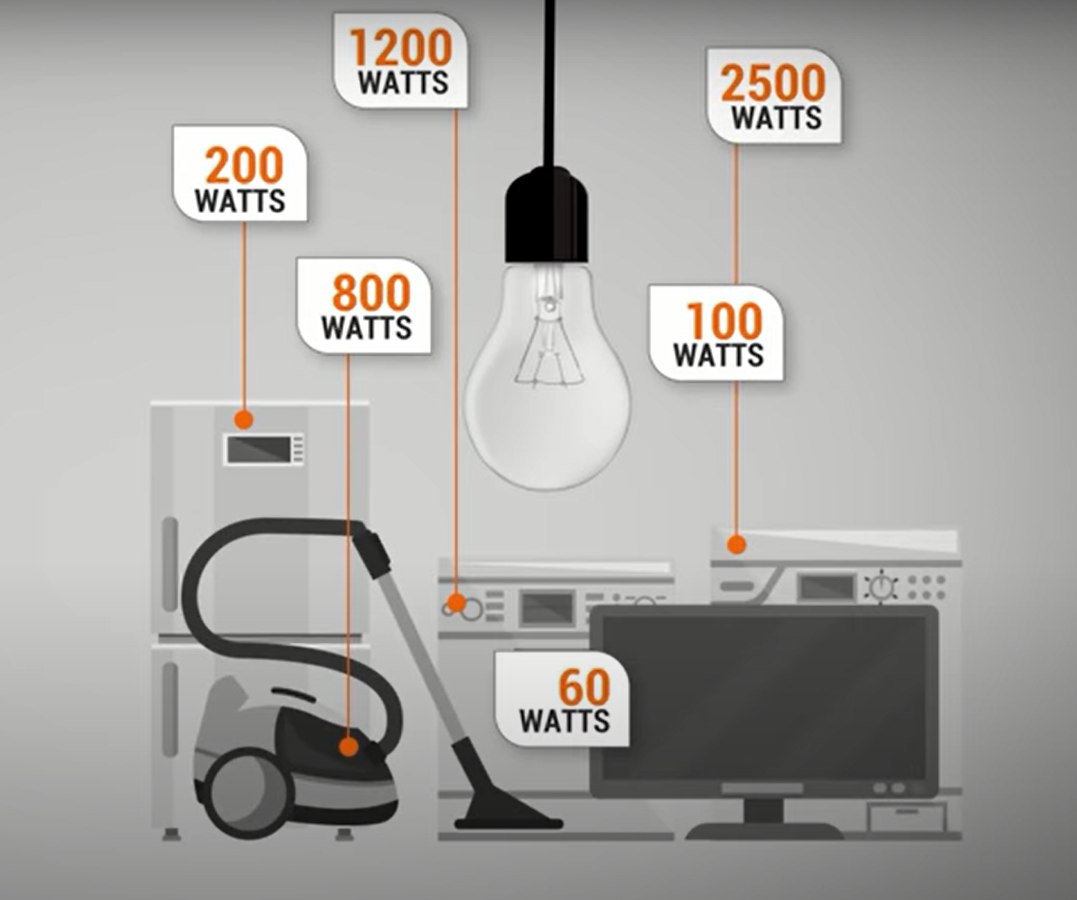 Electricity consumption for RVs is dependent on the size and type of RV that you have which directly affects how many watts or amps it uses per hour. Additionally, what time of year it is (more use during summer) will also affect your usage rate as well as if propane heaters are used inside the unit (heaters require more power). The average electricity consumption by an RV can range anywhere from 50-150 amps depending on its size.

Please note that these numbers do not mean you’ll be draining your battery bank every 45 minutes – there may be idle times where nothing is running while other items like refrigerators still draw some current even when not in use.

For example, a typical Class A motorhome with all the amenities could use up to 100 amps per hour which is around 48 kWh/day or 1440 kWh each month. This estimate doesn’t include nighttime usage when appliances are not in use (such as during sleep). For smaller RVs or those without many appliances, it could be as low as 50 amps/hour. There are also other factors that can affect your electricity consumption rate such as if you have propane heaters inside the RV (those require more power).

You should consider your electricity consumption rate as a whole of course and not just by the hour. Some RVs will have more appliances that draw power even when they are idle (refrigerators). Additionally, you should consider that not all appliances are on at the same time.

So if you want to know how much electricity does an RV use in one month, then take into consideration the size and amenities of the RV you have.

In addition to knowing how much power your unit uses monthly, it’s also important to know what factors may affect that number such as if there are propane heaters inside the home – those require additional power for operation so you’ll need to factor that into your usage rate.

Moreover, don’t forget that your usage rate is not just for one hour but rather the whole day. Appliances are only on for certain periods of time so if you have a lot, it will add up to substantial power consumption over 24 hours.

Finally, knowing how much electricity an RV uses per month can help give you insight into what type or size of batteries you need to keep the power on.

How To Reduce Electricity Usage in your RV

There are some lifehacks on how to reduce electricity usage in your RV. 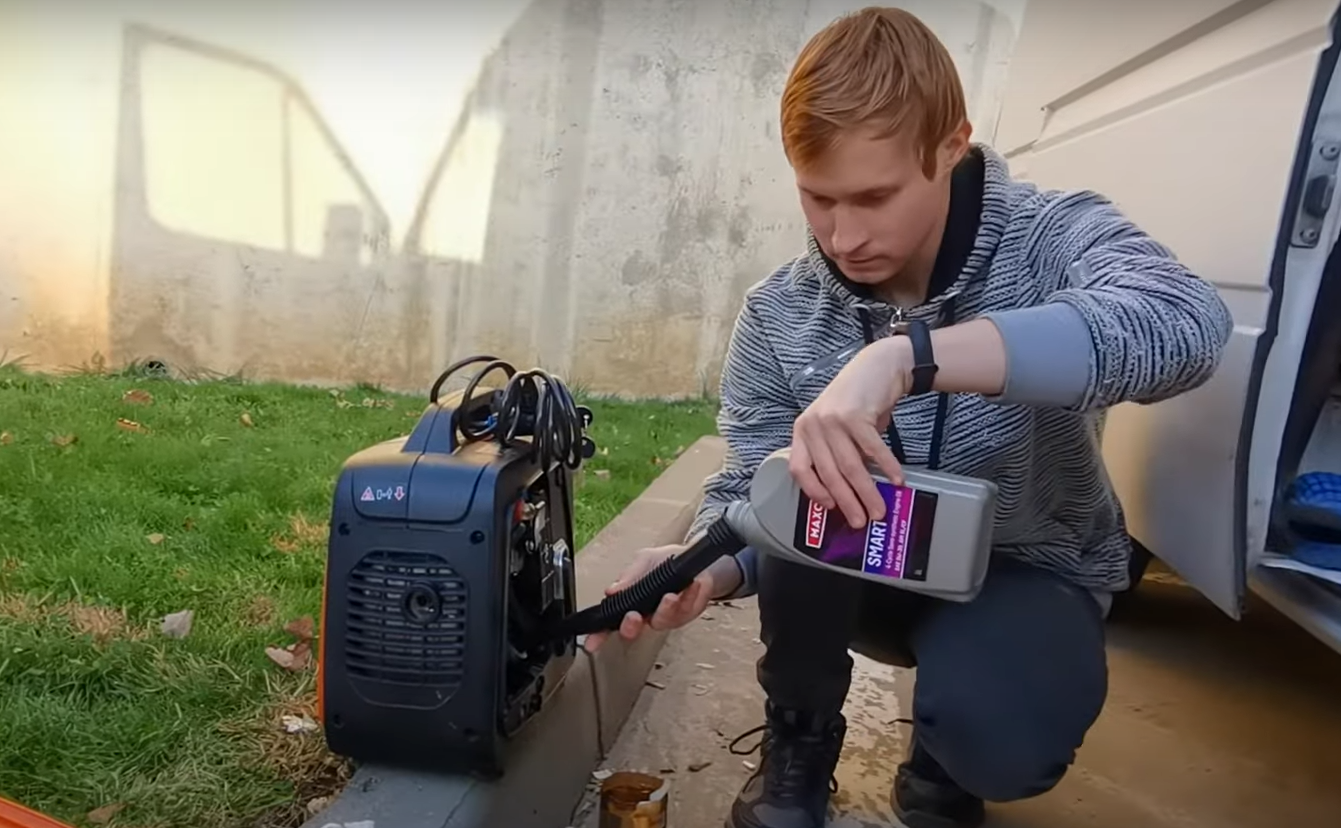 How to Save Money On Electricity Without Reducing Usage?

Now that we know how much electricity an RV uses per day let’s look at some ways to reduce usage without reducing comfort levels. There are a few simple steps you can take to reduce your electricity consumption: 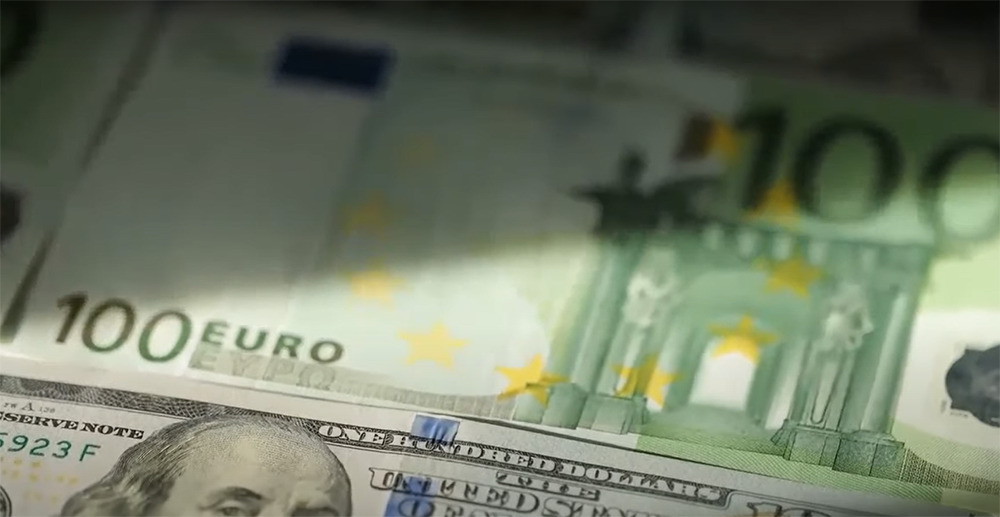 There are a lot of little things that you can do to reduce your electricity usage, but following these steps will help keep the cost down without sacrificing comfort levels too much.

How much electricity does a 30 amp RV use?

The amount of power usage varies depending on the size and age of your RV. On average, a 30 amp motorhome will have an AC output of around 30-50 amps per hour. This can be used to estimate how much power your RV is using throughout the day, but it doesn’t account for any power sources that are left on overnight.

How can I tell how much electricity my RV is using?

Why is my RV using so much electricity?

There are many different reasons why your RV may be using more electricity than usual. Some of these include:

Is it OK to leave my RV plugged in all the time?

RVs are meant to be used on a temporary basis, not plugged in all the time. This is because you will need to conserve battery power when dry camping and running your generator too much can damage it.

Do Campgrounds Charge for Electricity?

Most campgrounds will charge for electricity. If you are not using your generator, it is best to turn off the breaker in order to avoid being charged by the park when leaving.

Useful Video: RV Newbie What You Need To Know About RV Electrical !

All in all, electricity consumption depends on how much power you are using. An RV is only truly an efficient way to travel if your electricity use matches the size of the generator, which can be costly at times. It’s always best to choose a campsite with electrical hookups when possible and limit your daily energy usage by limiting trips into town or opting for public transportation instead of driving wherever you need to go.

We hope that this article has helped you to better understand how much electricity an RV uses. Do you have any questions? Leave a comment below. 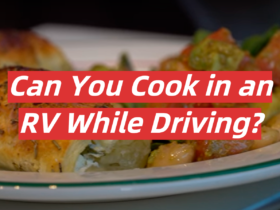 Can You Cook in an RV While Driving? Can You Return an RV After Purchase? 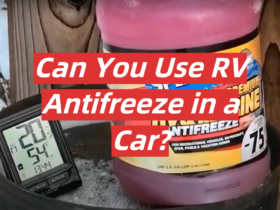 Can You Use RV Antifreeze in a Car? Can You Run an RV Air Conditioner While Driving?